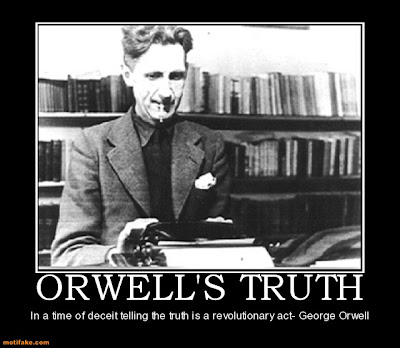 Deceit is the result of a numbering system. This so-called, 5 sense world reality, based on these sacred geometric and religious systems are unwittingly worshipped by every human being on the planet as being the truth of what life is all about. In reality, all these systems are corruption and have no connection to awareness. Life itself, is also a complete fabrication, and an immense illusion. Lies based on previous lies, multiplied by yet more lies, does not foster truth. It creates a Universal Lie, which is exactly what the whole universe is!!!

Sorry to say but after watching this video.....I found that most of these people are IDIOTS and have no-clue to this world. WTF? How are these people EXPERTS or why does anyone listen to them? Answer; "ENTER THE SHEEPLE"! Meaning the Blind leading the Blind!

The number 2 represents the Duality nature of the messiah concept. It is this dualism, this constant confrontation, that keeps humanity in the grip of hypnosis. Duality is how the luciferian egregore group of entities perpetuates their illusion, and how they establish a controlling mechanism to direct the 3 dimensional realm as they desire it to go. All the while remaining undetected and free from being exposed.

What do we do about it?
What is DUALITY?
What is Non-Duality? = The answer is NOTHING.

Expose the utter ignorance of such a regime and system, … we are to do nothing. In the last century people pointed to Ghandi as one who peacefully resisted the British. He still resisted. We must not resist, react, retaliate, resent, seek revenge … for all of this is emotional reaction to an illusion. Ghandi was reacting to an illusion. Resistance is the energy/spirit illusory force that the luciferian illuminati elite are looking for and need to continue the luciferian agenda. Of course, it must be recognized, that these elite have not the slightest notion of what it is they do, for what reason, and neither do they perceive the master hypnotist they serve. The elite of the world are indoctrinated in intellectual concepts, all of which have produced deeply entranced, totally unaware, slaves.

In the 1960′s people looked to Martin Luther King as a passive protestor campaigning for the rights of blacks in America. That protest is the energy/spirit which feeds right into the hands of the luciferian Mindset. These and many others have focused our attention on the plight of the poor and weak and helpless. This misdirection from Reality has manipulated who and what we really are, into a prison of CARE. All this is true and horrific, from a 3 dimensional perspective. However, this is the manipulation of religion, intellectualism, and is the foundation of all Secret Societies throughout this illusory history, to manipulate who and what we are, out of our original wisdom and reality state, into a sphere of CARE and CONCERN. All of which solves nothing, proves nothing, exposes nothing, but does perpetuate the myth and the lie. In this state of CARE and CONCERN we react, we seek revenge, we retaliate, we resist, we rebel … we totally respond the way the luciferian Mindset want us to respond.

(Notice – there are no coincidences!)

Look at the word REBEL. This word means RE or reference to – BEL who is Bel or Baal. In other words, to rebel is to act in the manner of Baal. Baal was the Phoenician god responsible for the fertility of the earth and animals. Just another name for a sun god deity. RE = RA, the RAY of LIGHT, another name for the Egyptian sun god deity.

We mustn’t be manipulated to extend a reaction concerning energy/spirit which they need to perpetuate the myth and deception which holds us within the Trance State. Their system is in its last breath and on its last legs. It is self-destructing right now. They are collapsing in on themselves. In the next few years they are going to try to pull off the most massive form of deception ever attempted on humanity, using the illusory body of humanity, which is their secret weapon of manipulation, to create a deep disconnection from our original Reality State. These hidden luciferian entities and their world ELITE are going to attempt to put the crowning touch, the coronation, so to speak, on the New World Order, the so-called Kingdom of God, or the Age of Aquarius, which is already controlling us. Causing us to believe, through incredible devastation and horror, that these coming events are the Day of the Lord’s Vengeance, when the messiah will establish the kingdom of god on earth by destroying the “useless eaters”, (as folks like Henry Kissinger have referred to the common people of the world). All this with regard to controlling the power of the eternal Paradise State, which is who and what we really are.

We need the information available so we can know, as the campaign of deceit increases, and begins to show its true face, that this is the agenda, the plan for 6,000 illusory years, (for TIME and SPACE do not exist), that will be attempted to be fulfilled in the next handful of years. As things keep unfolding, if we know that this is what’s happening and why it’s happening, we can remain calm. We can expose the agenda with total awareness of what’s transpiring, but we MUST NOT REACT or seek revenge or believe for one second that this is the supreme god and his prince of peace. There is no god, just a luciferian group of entities playing god and the devil, and creating duality in this 3 dimensional realm at the expense of humanity, using the suffering of humanity, … and in the same instance, humanity is just a conjured up illusory body of energy Thought Forms, used to make us believe that we’re real, and that we should CARE and be CONCERNED, when in Reality, … ALL IS WELL, and were it not for the hyper reactionary intellectually indoctrinated and religious slaves, feeding nonsense into the 3 dimensional plane, the whole thing would completely fall apart, and a reconnection to Reality would pursue. It must be pointed out, the the intellectual and religious reactionaries that assist this luciferian agenda for control of our eternal Paradise State, includes the Truth Movement and the Conspiracy Theorist Movement. All of which are designed by the luciferian Mindset to manifest a untold amount resistance, revenge and retaliation.
Posted by Unknown at 11:26 PM